I have been working on web application development since last 12+ years and had privileged to work on more than 20+ different project. Now days the expectations from web apps are totally different than it was few years back. End users are provided with rich content on single page (Amazon, CNN, …). On a single page, lots of data needs to be mashed up and data may come from different sources. 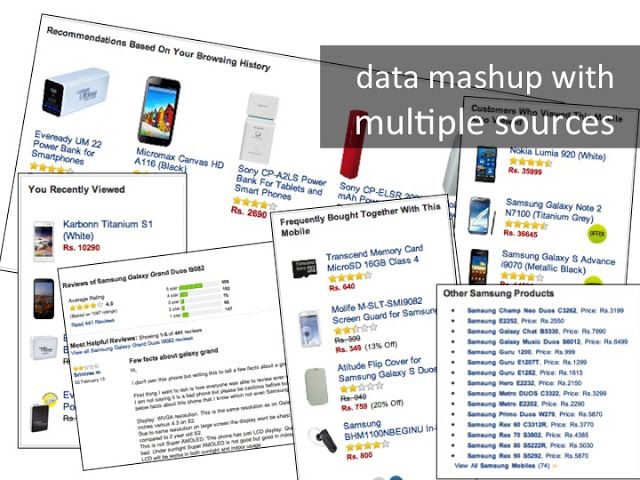 We know how to put together the N-tier architecture.

And the request workflow will be as following, 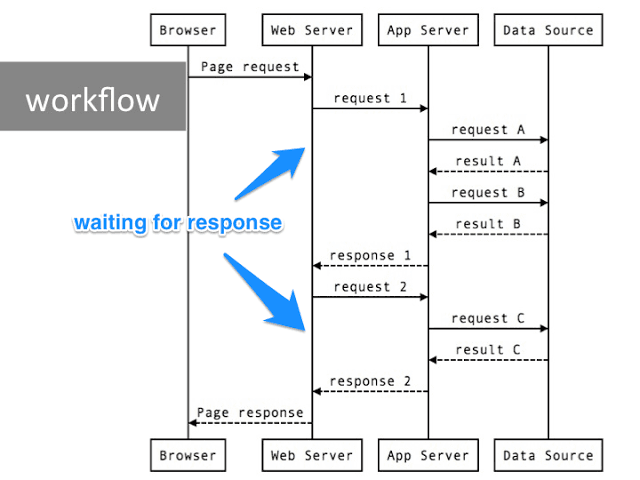 Now if we notice the above workflow, it is sequential and most of the time thread on web server and app server spend is waiting for response form app server and database respectively rather than doing some meaningful work (processing). This is what is called BLOCKING. Lets take same example and try to draw web server thread timeline.

RED is time spend by thread waiting for response/result from app server. And GREEN is the time spend doing some meaningful processing by web server. In above example it was total 10 sec response time and 1 thread involved in processing. Lets assume that above 3 calls to app server can be parallelise to optimise response time to end user.

What we need is parallel processing with non-blocking threads. Means when the thread is waiting for the response from other systems, it should be made available to do some other meaningful work. Something like following,

If we can achieve non-blocking architecture than the response time goes down to as low as 5 sec. And also consumes less thread resources. Now the question is how I can achieve this? In today’s polygot programming world, we have plenty of alternatives available. 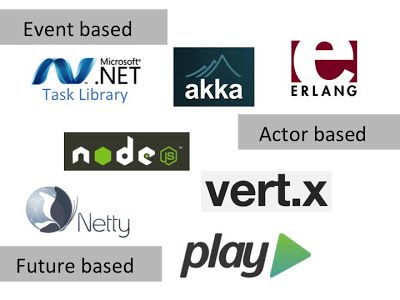 Non-blocking is not new, Nginx is event based and uses similar principle, Messsage based architecture is another classical example to solve similar problems, however that brings in asynchronous complexity. MongoDB and similar polygot persistence works on same principles and provides eventual consistency.